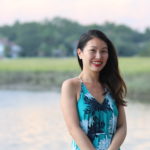 Grown in West Africa, fonio is low-impact, drought-ready, and nutrient-dense — and chef Pierre Thaim is bringing it to the masses.

When chef Pierre Thiam returned to his native Senegal as part of a cookbook research trip, one ingredient in particular caught his attention: a grain known as fonio. Though he grew up in the country, he had rarely encountered fonio in his hometown of Dakar. At that time, there was no supply chain to bring the crop from where it was grown in the remote countryside to Senegal’s capital city.

Thiam knew immediately that fonio was special. “The first thing they offer you when you arrive in that region is a dish of fonio because that’s part of their culture,” he recalls. “It’s something they take pride in and serve to honor their guests.” But there was more to fonio than its great taste — as Thiam dug deeper into the ancient grain, he learned about its nutritional benefits and unique growing conditions.

“Doing more research on the grain, I realized that it was more than just beautiful and delicious,” he says. “This grain was a miracle grain. It grows in poor soil and it regenerates the soil. Because Senegal is located in a zone called the Sahel that’s south of the Sahara Desert, not much grows there.”

Yet fonio flourishes in the dry and arid Sahel, earning it the title of West Africa’s “climate crisis-ready crop.” A member of the millet family, fonio is rather easy to farm. Once rain arrives, farmers broadcast the seeds (tilling the soil is optional) and wait two to three months before harvesting the tops of the grass-like stalks that hold the grains. Because fonio has deep roots, it doesn’t drain and erode topsoil, an increasingly important characteristic given climate change and the loss of biodiversity in our food systems.

With fonio, Thiam not only saw an opportunity to introduce a sustainable crop to a wider audience, but also to provide an economic opportunity to West African farmers. In 2017, he partnered with Philip Teverow, a food industry vet who once ran Dean & DeLuca (and introduced Americans to another once-obscure grain, quinoa) to start Yolélé, a company that would buy fonio from local small farms and export it.

“I realized that this venture could offer a solution to so many problems, including climate change,” says Thiam of his decision to build a fonio supply chain. “It was a model of development that would give the youth job opportunities so they won’t have to risk their lives to go to other places,” a practice that was the norm in the Senagalese countryside.

Figuring out how to get fonio to the United States was just one part of the puzzle. While farming fonio is simple, processing has traditionally required more work. After they’re dried in the sun, the grains need to be separated from the leaves, then hulled to remove the inedible skin. The work involves breaking the skins with a wooden mortar and pestle, followed by sifting and washing.

To export the nutrient-dense grain, Thiam knew it would require a more effective and less wasteful, less time-intensive processing technique. He and Teverow worked with a milling equipment company to develop machinery that drastically cut down on waste and will soon open a processing plant in Mali that will allow Yolélé to partner with even more farmers.

“In addition to that, we are supporting those farmers in training them in better agricultural practices and working with researchers on improving seeds. We have to make sure the farmers deliver the best quality products,” says Thiam. “We’re expecting that the demand is going to keep growing because we are about to also tackle other regions of the world that have been asking for our products.”

When Yolélé launched in the U.S., it was focused solely on fonio. To drum up exposure and excitement, Thiam held tastings at the supermarket closest to his Harlem restaurant Teranga — which happened to be a Whole Foods. “People loved it because it’s a delicate grain that digests easily,” he says. “It has a slight nutty flavor and I was making salads with it, stuff that’s not particularly traditional to show how versatile it is.”

Ready in just five minutes, fonio is a healthy substitute for other grains and easy to incorporate into a wide variety of dishes, from porridges to grain bowls. Fonio is such a versatile ingredient, Thiam compiled an entire cookbook of recipes using the “miracle grain.” “There’s a saying that goes, fonio never embarrasses the cook,” he says. “Because fonio can be eaten in so many different forms.”

Today, Yolélé offers more than just plain fonio — the company has a collection of fragrant spiced fonio pilafs and fonio chips that feature other African ingredients like moringa and baobab. A new line of spice rubs are set to debut this fall.

“Africa has been, for so long, ignored,” he says. ”It’s a continent that has the widest variety of plant-based food and we have shown with fonio that there is an interest in those products. They’re nutrient density rich and they are also resilient. These are products that have been around for thousands of years that stand the test of time, so it’s important for our planet to make sure these products are integrated into our diet.”